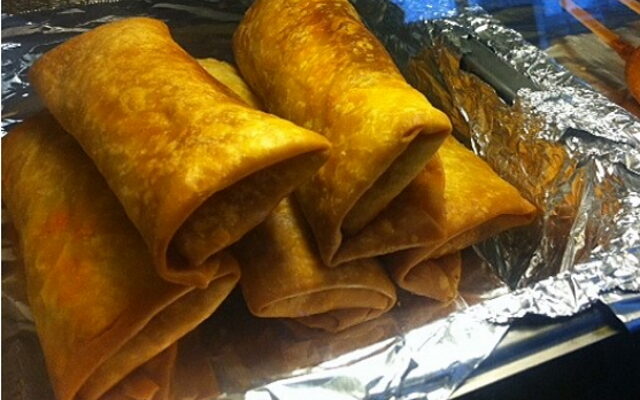 I have the most wicked craving for a burrito right now.

What I want…  what I’m craving…  is a straight gas station burrito.  One that has been under the heat lamp for 11 hours.  One that has an outer shell so crispy that it makes an absolute disaster of whatever shirt you’re wearing.  One where the meat inside is barely meat anymore.  It’s just non-descript brown-ness.  Where there’s barely any meat at all; it’s just mild flavor wrapped in fried tortilla.

I want it a piping-hot one million degrees inside.  I want it to cost $1.29.  I want to grab it with tongs, transfer it directly to my hand, and eat it while I’m waiting in line to pay for it.  I want to catch looks from other people at the gas station while I do it.

I want a zero-star dining experience.  Like, right now.