Antarctica Is Only Continent on Earth With No Cases of Coronavirus 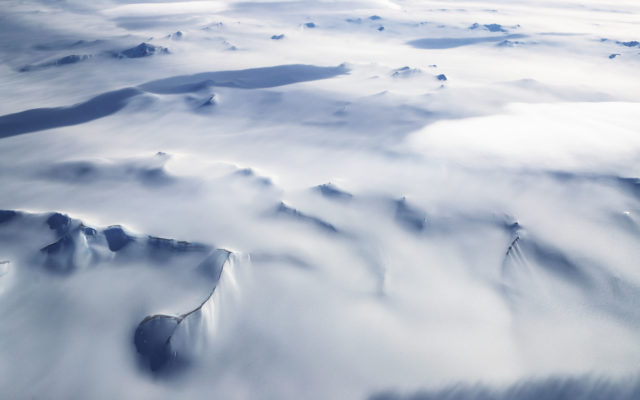 UNSPECIFIED, ANTARCTICA - NOVEMBER 04: Mountain peaks are seen from NASA's Operation IceBridge research aircraft in the Antarctic Peninsula region, on November 4, 2017, above Antarctica. NASA's Operation IceBridge has been studying how polar ice has evolved over the past nine years and is currently flying a set of nine-hour research flights over West Antarctica to monitor ice loss aboard a retrofitted 1966 Lockheed P-3 aircraft. According to NASA, the current mission targets 'sea ice in the Bellingshausen and Weddell seas and glaciers in the Antarctic Peninsula and along the English and Bryan Coasts.' Researchers have used the IceBridge data to observe that the West Antarctic Ice Sheet may be in a state of irreversible decline directly contributing to rising sea levels. The National Climate Assessment, a study produced every 4 years by scientists from 13 federal agencies of the U.S. government, released a stark report November 2 stating that global temperature rise over the past 115 years has been primarily caused by 'human activities, especially emissions of greenhouse gases'. (Photo by Mario Tama/Getty Images)

Right now, Antarctica is the only continent with no cases of coronavirus.

“You’d better stay there, you’re safer there,” colleagues have told Alberto Della Rovere, leader of the Italian expedition. “Right now, this, Antarctica, is the safest place in the world,” says Della Rovere. “There are no outside contacts and we’re far away from any settlement.” Twenty-eight countries have stations on the continent, the largest being the American McMurdo Station. However, even though it’s relatively safe because people are screened before arrival, the isolation and close quarters at the station would prove dangerous if the virus did arrive.

Jeff Ayton, chief medical officer at the Australian Antarctic Division, says, “it’s akin to living on the moon or on the way to Mars. We can’t get these people out,” said Ayton. “We can’t do a medical evacuation from our Australians stations for up to nine months” of the year. Antarctic station residents are well aware of their situation and talk about it on social media. “I think it is safe to say that McMurdo Station, Antarctica, had the largest St. Patrick’s Party in the world in 2020,” said one person there.