Are You Toxic? This will Help You Find Out 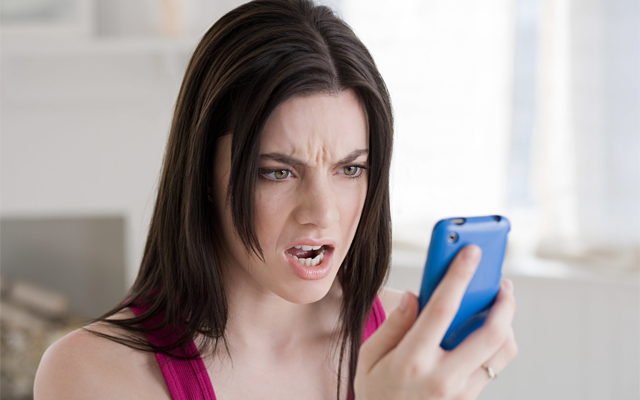 In Today’s society, we all know that one person, maybe even more that fit these descriptions, and I’m happy to say I did not make this list WHHHEEEEWWW Thank Goodness

A California-based personality assessment company, Truity, has developed a Toxic Person Test that helps people find out what bad behaviors they may have and if they’re actually the toxic person everyone is trying to avoid.

The test uses principles of the Big Five model of personality and commonly loathed behaviors on social media to analyze participants and give them feedback on where they fall within three of the “big five” personality traits that are most responsible for toxicity which include: Neuroticism (how people regulate their negative emotions); Conscientiousness (how they get things done in the world); and agreeableness, (how people interact and cooperate with others).

The test – which has already been taken over 1.1 million times since it was released this week – uncovers your key traits within these personality dimensions and correlates it with commonly loathed archetypes that exemplify these toxic traits, and, as the site notes, ” This quiz is designed to be a fun way to increase self-awareness of potential difficult traits.”

“Analyzing your traits in these three key areas of neuroticism, agreeableness and conscientiousness, can help you understand what toxic behaviors you might be inflicting on the world,” Truity CEO Molly Owens, a former therapist with a Masters in Psychology, said. “Self-awareness is the first step! Besides being a fun test to take, we do hope it’s a useful and perhaps even a cautionary tool for identifying the behaviors that those around you may find cancel-worthy.”

Entitled people, also known as Karens, want special treatment and become aggressive when it doesn’t appear. The Karen archetype is most related to the trait of agreeableness, or how well you get along with other people. People high in agreeableness value cooperation, humility, and putting their interests aside for the benefit of the group. Karens don’t. Karens believe themselves to be more deserving than others and demand special treatment rather than going along with the crowd.

Observed toxic traits: Entitled; believing oneself to be deserving of special attention and superior treatment; reactive; aggressive and angry; needy.

Observed annoying traits: Arrogant; over-confident in knowledge and competence with few credentials; assumes others are inferior and uneducated; judgmental; often see “dropping knowledge” on Twitter on topics they aren’t remotely qualified on.

Lazy people, also known as Slackers, refuse to do their part and let others pick up the slack. The Slacker archetype is the manifestation of very low conscientiousness, the trait that describes how we manage ourselves and our goals. Where those higher in conscientiousness may have ambitions and work hard to achieve them, the Slacker works hard at only one thing—avoiding responsibility. Slackers rarely set goals or think long term, preferring to bounce from one experience to another.

Observed annoying traits: Lazy; unwilling to exert effort or energy to care for self or contribute to the group; aimless; unreliable, passive and indecisive.

Manipulative people, also known as Con Artists, use deception and dishonesty to get ahead. Like the Karen, Con Artists are low in Agreeableness, but rather than lacking humility, they lack another key component of this personality dimension: honesty. Rather than being transparent and fair in their dealings with others, they work every situation to their advantage. Notorious grifters like Bernie Madoff and Theranos CEO Elizabeth Holmes fit this type, but not every Con Artist is a criminal mastermind — this could just be the coworker who always finds a way to weasel their way to the top.

Observed annoying behaviors: Manipulative; attempting to influence and deceive others to achieve favorable outcomes for oneself; deceitful; self-interested.

Negative people, also known as Debbie Downers, drag others down with their relentless pessimism. The Debbie Downer manifests high neuroticism with a focus on pessimism and a defeatist attitude. While Debbies may not be as outwardly emotional as Drama Llamas, their high neuroticism takes the form of a black cloud hanging over everything they do.

Rigid people, also known as Control Freaks, try to impose their own inflexible ideas about right and wrong. While the Slacker shows us what happens when Conscientiousness is absent, the Control Freak exemplifies Conscientiousness run amok. Control Freaks have gone all-in when it comes to setting goals and persisting with their plans, to the point that they are completely unable to process alternative ideas or changes in priorities. Control Freaks live in fear that other people will drop the ball on their carefully orchestrated plans, and work overtime to try to ensure that everything turns out the way they want it to.

Observed annoying traits: Rigid; believing in a single right way to do things, and insisting others comply with their own standards and processes; judgmental, controlling.

September 18th, 2021
View full playlist
Connect With Us Listen To Us On