Kacey Musgraves’ cover version of Elvis Presley’s “Can’t Help Falling in Love,” from the Elvis original motion picture soundtrack, is out Wednesday. In addition to Kacey’s cover of the song there’s a visual treatment celebrating Elvis’ love story with Priscilla Presley, told via footage from the upcoming film.

Tenille Townes just released the music video for her “Shared Walls,” which is a duet with Breland.

Randy Houser’s sixth studio album, Note to Self, is on its way. The singer — who has already shared the title track — announced that his next project will come out November 11. The next song off the project, “Workin’ Man,” will be out Friday.

Saying Goodbye to the end of an era 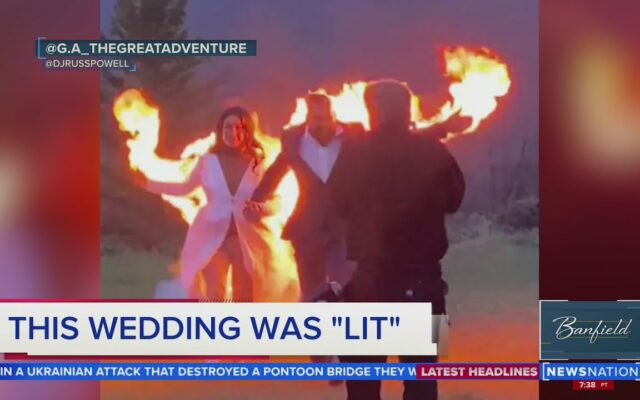 Bride & Groom Go Out With A Blaze Of Glory