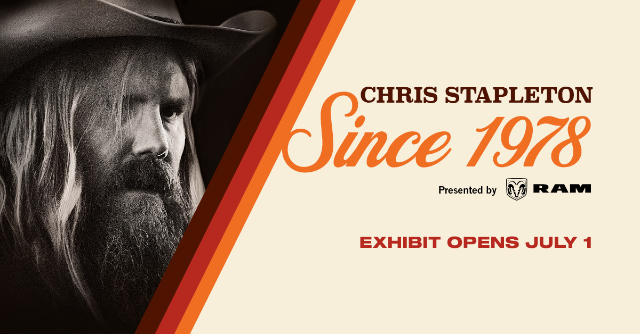 Nashville’s Famed Country Music Hall of Fame and Museum will highlight the musical contributions of Chris Stapleton in its newest exhibition, Chris Stapleton: Since 1978, presented by Ram Trucks. The exhibit, which opens July 1 and runs through May 14, 2023, will chronicle the course of Stapleton’s multi-faceted musical career, from his Kentucky roots and success as a Nashville songwriter to his rise to stardom as one of country music’s most powerful and unique voices.

Specials items featured in Chris Stapleton: Since 1978 include clothing, guitars, awards, and other personal artifacts from Stapleton. Some artifact highlights include: