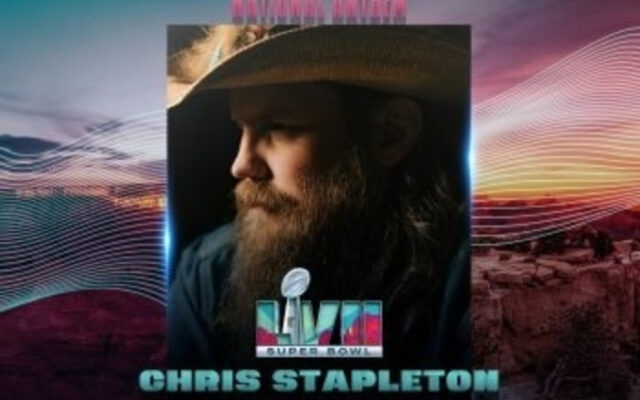 Chris Stapleton is set to join the NFL ! Earlier this morning  The NFL announced the pregame entertainment lineup for the Super Bowl LVII in Arizona, which will be played at State Farm Stadium Sunday, Feb 12th, and broadcast on FOX.

Stapleton is an eight-time Grammy, 15-time Country Music Association, and 10-time Academy of Country Music award-winner, and is one of the country’s most respected and beloved musicians who will sing the National Anthem, and standing beside him will be, Academy Award winner Troy Kotsur From Coda will perform the national anthem in American Sign Language (ASL).