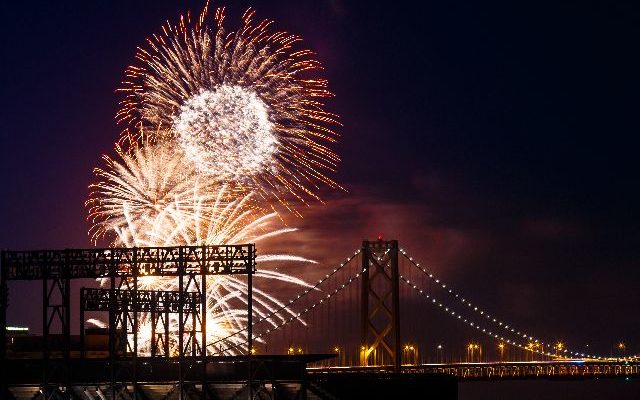 Whether you are in downtown Nashville right in front of the stage at Fifth Avenue and Broadway, or at home watching the live broadcast, the free, family-friendly Let Freedom Sing! concert with Old Dominion will be the perfect pre-game for the fireworks that follow, showcased by the Nashville Convention and Visitors Corp and accompanied by the Nashville Symphony.

The display will be visible from Lower Broadway, Ascend Amphitheater, the Korean War Veterans Memorial Bridge, Riverfront Park, the The Green at Riverfront Park, and the Music City Walk of Fame Park. The concert starts at 9:00 pm CT, and the fireworks start immediately after. The 90-minute special will be hosted by CMT’s Cody Alan.