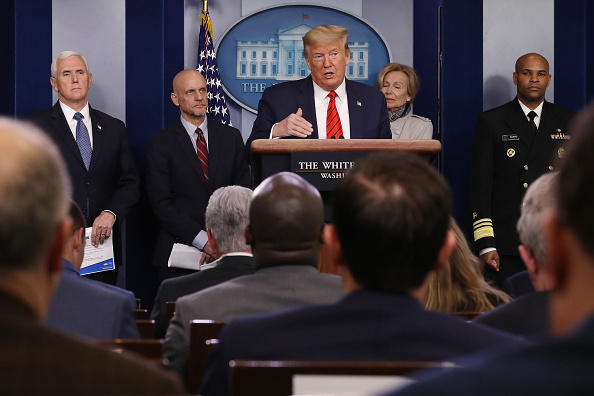 President Donald Trump signed a coronavirus relief bill into law late Wednesday, hours after it was passed by the U.S. Senate, UPI reports. Trump announced the signing in a statement, saying, “The act makes emergency supplemental appropriations and other changes to law to help the nation respond to the coronavirus outbreak.”

The legislation, which was passed last week by the Democratic-controlled House, includes up to 10 days of paid sick leave for some workers, enhanced unemployment insurance, increased federal funds for Medicaid, protections for frontline workers, more than $1 billion to strengthen food security initiatives, and an aim to provide free COVID-19 testing for anyone who needs it.

The measure passed the Senate on a 90-8 vote, with all 8 detractors from the Republican side: Sens. Marsha Blackburn of Tennessee, James Inhofe of Oklahoma, Ron Johnson of Wisconsin, James Lankford of Oklahoma, Mike Lee of Utah, Rand Paul of Kentucky, Ben Sasse of Nebraska and Tim Scott of South Carolina. Congress is now said to be working on a much larger stimulus package that would earmark cash payments directly to Americans.

July 26th, 2021
View full playlist
Connect With Us Listen To Us On