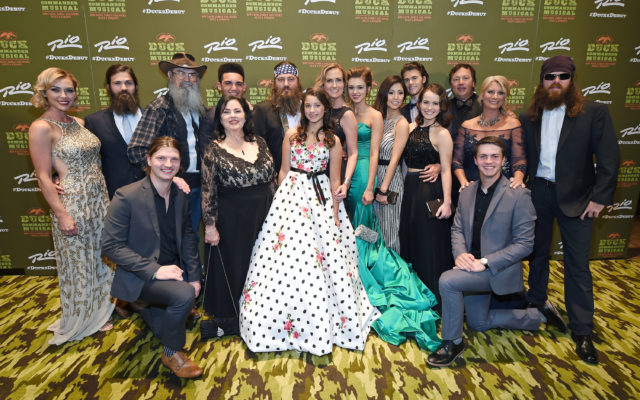 Duck Dynasty star Willie Robertson‘s Louisiana home hit by bullets in a drive-by shooting on Friday, April 24.  The incident happened at about 2:30 in the afternoon at Robertson’s West Monroe estate, where several of his family members are currently staying amid the coronavirus quarantine. Several family members were home at the time of the shooting – Korie Robertson, son John Luke Robertson, his wife, Mary Kate McEachern, and their 18-month-old son, John Shepherd. Also home was Willie’s daughter Sadie Robertson and her husband, Christian Huff. Willie Robertson was not in the house.

TMZ reports that eight to 10 bullets hit two residences on the property but luckily no one was injured.  One of the shots went through a bedroom window.

“We were pretty shook up,” Willie added. “It looks like they were just spraying bullets across my property.”

Multiple witnesses saw a truck go by the families property at least once before the shots were fired.  A video surveillance camera caught the truck which matched eyewitnesses account of a white over brown or beige Ford F-250 with large tires and rims.  Willie told USA Today that he believes the shooters “knew they were targeting his home.”  “I’m 100 percent certain but I don’t know why,” he said.