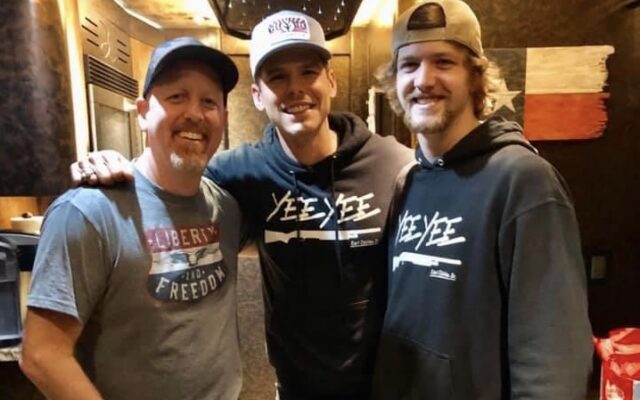 Granger Smith  will star in his first upcoming movie, “Moonrise.” The movie is set to be released later this year, but an official date has not yet been revealed. Granger is also hard at work and penning new songs for the film’s soundtrack.

Smith shared the news via his FACEBOOK page on Sunday (2/13), writing, “And … that’s a wrap! I haven’t talked much about it, but this movie is finally finished filming. I spent about a month in Blanco,  TX with some incredibly talented actors and crew pouring a lot of hours and a completely different side of my creative brain into this character.

The film is about a Country singer who lost his wife and struggles to find purpose, redemption, forgiveness, embraces fatherhood, faith, and ultimately the ability to love again. I remember getting this script back in November, and I read the entire thing in one sitting on the porch swing. It’s special.

I’ve never acted in this way, but I fell in love with the character and knew that I had to do it … or at least give it my best shot.”

The release date is not set yet or what network will be airing the special. details to emerge soon