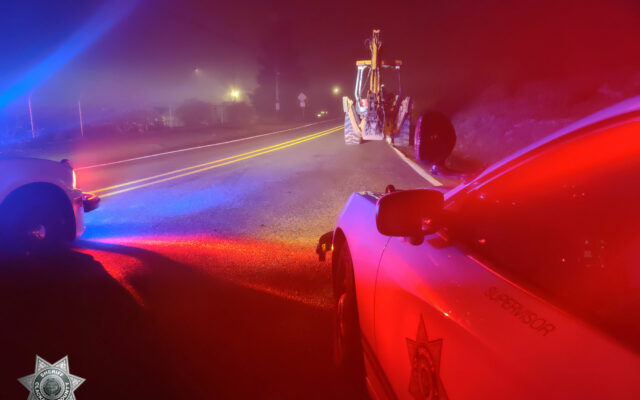 Clackamas Co. Sheriffs caught a man driving down the wrong side of the road in a backhoe over the weekend.  Turns out he stole it from my neighborhood…  over in Beaverton!  He took the thing for a joyride from Beaverton to DEEP Clackamas Co!  That had to have been over an hour…  Is that even still fun at that point?  Isn’t the thrill gone after an hour?!?

I admit…  I’ve thought about that.  I see them parked near my house, and I have an earthmoving project I’ve been wanting to do for YEARS.  If I just went and jumped in one late one evening, would they even notice?  I’m convinced I could “borrow” it and have it back within 2 hours, and they’d never even know.  I’d leave $50 to cover the gas or whatever…  I think I could get away with it.

I would never, of course.  But I’ve thought about it.  I think what mostly stops me is that I’m not convinced I could effectively drive it.  I can run the backhoe…  that’s just video game knowledge.  But actually driving heavy equipment?  I’m quite sure there’s something I don’t realize.  Like…  a choke or something.  (I don’t understand motors.)

I’m glad the company got their backhoe back, and I’m glad justice was served.  But I get it.