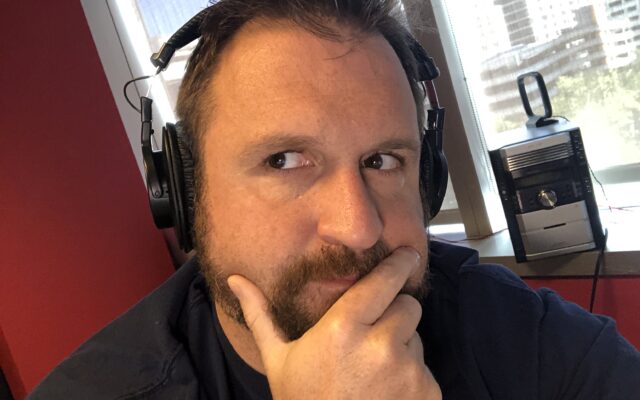 Every week at the 98.7 The Bull offices, we sit down with the new tracks that have been released that week, and we go over them.  We watch what the artists have to say about them, what their record labels have to say about them, what fans are saying about them, and most importantly, we listen to the song all together and discuss it.  As I’ve self-reflected on my own music taste…  I find that I have no real ethos about this stuff.  Every song has the same chance and earning my praise, but it has to go through a constantly-changing set of filters for me to approve of it.

Let me give some examples…

For years, when Kenny Chesney put out a song, it often sounded like a Kenny Chesney song right away.  And it was fine; the dude had a million hits.  But when he started experimenting with some different sounds, I LOVED it.  Somewhere With You was a totally new sound for Kenny, and it’s probably my favorite Kenny Chesney song.  So I like it when he ventures around.  Same with Keith Urban.  Keith Urban can sample every music genre on the menu and incorporate it in his own work, and I’m here for it!  But I don’t extend the same latitude to guys like Chris Young.  I love Chris Young and think he’s SO talented…  but when he varies even a little bit, I don’t like it.  I like my Chris Young to sound like Chris Young.  I’m a hypocrite.

I’ve grown weary of the recent songwriting trend of just listing “country” things you do.  Brantley Gilbert & Jason Aldean have a new song called Rolex On A Redneck, and it’s just a list of redneck things.  “Big block Chevy,” “Yeti full of longnecks,” “new Benelli…”  blah blah blah.  Small Town Boy from Dustin Lynch does this.  “I’m a dirt road, in the headlights.  I’m a mama’s boy in a fistfight…”  John Deere, old boots…  all that crap just bounces off me.  BUT…  Thomas Rhett’s Country Again is a dope song.  Again, I’m a hypocrite.

I don’t think a song has to SOUND country to BE country.  The genre is at its best when it’s got a lot of styles under the roof.  Praise The Lord is a gospel song.  The Git Up is a trap song.  Fancy Like is a rap song.  But they’re also all country songs.  In fact, I’m attracted to great, storytelling country songs with cool beats or cool instrumentation these days.  I like the more pop-sounding country songs.  I’m drawn to them.  BUT…  ‘Til You Can’t from Cody Johnson is undeniably a terrific song, and I never get tired of it.  I’m a hypocrite.

My point is…  I have no particular style.  I can like any song off the bat, but my taste is a moving target.  Some days I have an affinity for ballads, and some days I want something upbeat.  I love songs about death, but sometimes I don’t.  Also…  I’m affected by other songs I’ve heard that day!  What’s my favorite genre of music?  Country, of course.  But maybe not between 1:00 & 1:30 this afternoon!  I dunno.