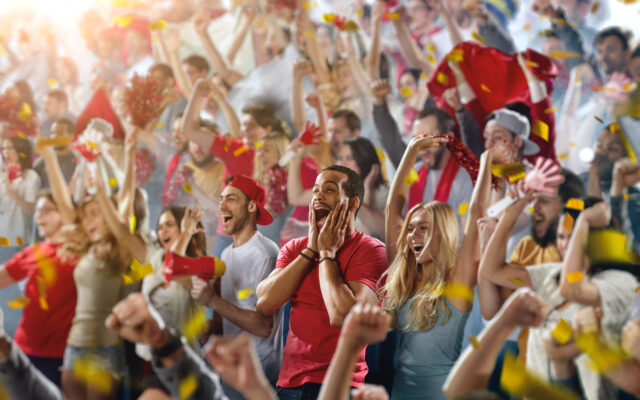 :biggrin:On the foreground a group of cheering fans watch a sport championship on stadium. In the centre a man shouting. Everybody are happy. People are dressed in casual cloth. Colourful confetti flies int the air.

Monday is the National Championship Game at Sofi Stadium in LA. The Georgia Bulldogs look to go back to back and grab that trophy once again going up against TCU Warthog, and to help get the party started Kelsea Ballerini is thrown down and ready to get the party started during the Tailgate Kick-Off party  which can be seen  Monday on ABC/ ESPN