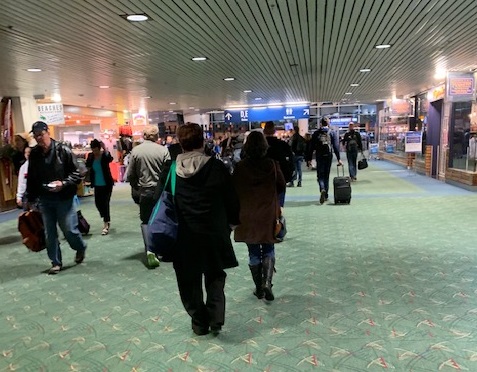 Portland, Ore. – This is a story you’re hearing about first and only on Fm News 101 KXL. Reporter Jacob Dean heard on the emergency scanner radio around 4:30am this morning, that someone hijacked a video monitor at PDX Airport, and was playing video games on a screen that was meant to show passengers airport information. Kama Simonds with the Port of Portland confirms that a young man plugged his Playstation 4 video game system into an airport monitor screen, and was playing games. When airport police confronted the traveler, he reportedly asked if he could politely finish the game, before unplugging and turning it off. Security told him no, and that it had to be shutdown because passengers needed that airport information. The passenger reportedly cooperated with security without incident. Airport officials urge people not to do this, and say it highlights the addictive nature of screens and video games. Listen to the full interview with KXL’s Jacob Dean and Port of Portland’s Kama Simonds here: