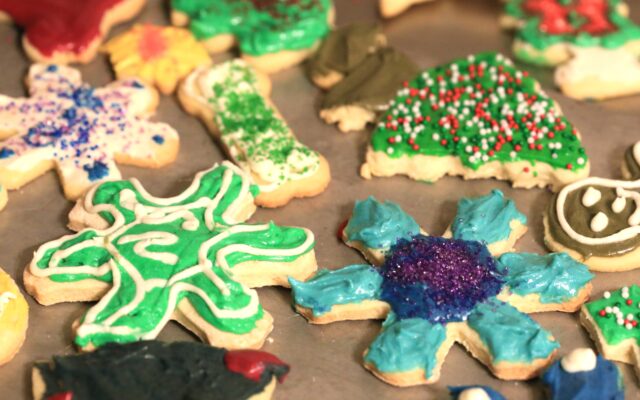 In The D household we love to cook for the holidays and lord knows we all love some chocolate and strawberry pop tarts, and not gonna lie, 15 G would come in handy right now to pay off some credit card debt, Christmas Gifts and sock some away for a rainy day just in case.

Toaster pastries don’t have the same structural integrity as gingerbread, so this might be tougher than it sounds . . .

Kellogg’s wants people to make gingerbread houses out of POP-TARTS this year.  And whoever makes the best one wins $15,000.  They announced it with a fake listing on Zillow.

The example they built is hard to beat.  It’s a four-bed, two-bath home that’s fully furnished.  Even the bathtub and toilet lid are Pop-Tarts.  (They noted that it’s built on six-ten-thousandths of an acre.  Here’s the listing.)

Along with photos, you have to tag Pop-Tarts on Instagram or Twitter, and include the hashtag “GingerbreadPopTartEntry”.

You can also DRAW your design, which sounds easier if you’ve got those skills.  They claim you can still win that way.

The cutoff is end-of-day on December 16th.  You can check out the full rules at PopTarts.com/contest.