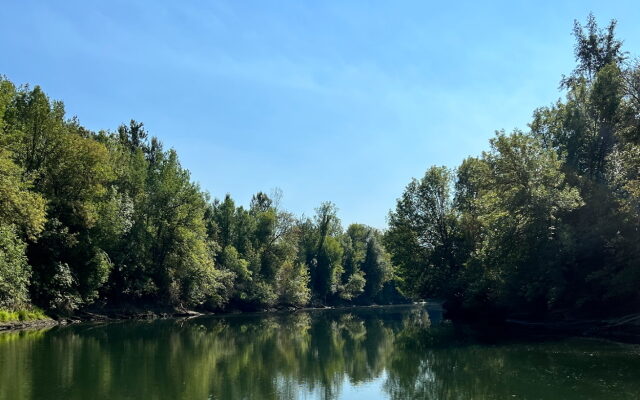 I make a resolution every year.  Whether or not we say them out loud, I think a lot of us make resolutions every year, because it’s a natural time to do it.  January, February, March?  These are lay-low times of the year, and are perfect times to focus on yourself and the changes you want to make in life.  Unfortunately, we often fail at these endeavors.  This is no surprise; the big reputation of resolutions is failure.  Most people start cracking in February, some in March, and some within hours of making them.

This year though…  I think I’ve set my resolution attainable.  The beauty of this one is…  the less I do, the more I succeed!  This resolution is:

And this goes for everything.  I’m at a time in my life where there’s not a lot of opportunity for growth.  We all lose touch with friends in our 30s & 40s, so I’ve decided that this year…  I’m just going to let it happen.  I need to expect less from my friends, because I’ve been let down a lot this year, and if I don’t have expectations, I can’t be let down.  I lost one of my best friends last year and I’m in the process of losing more.  Perhaps the friendships have just “run their course.”  I didn’t expect that to happen, which is why I need to expect less.

These days, I expect it’s a pretty common refrain that our jobs are expecting more of us, while lowering the expectations we have of them.  This is also perfectly reasonable.  It’s more expensive to live, which means we all start being protective of the bottom line, including our employers.  It’s nothing to lament or be aggressive about.  It’s pretty natural, and it’ll only last a short while.  Expect less.

I’m pretty predictable with my resolutions to live healthier every year.  I always have good stats without much effort, but that gravy train has to run out at some point.  I’d like to look better naked, so I’ll work toward that goal…  but again…  I have a long list of failures to build on, so this year, I won’t expect success or failure.  And because of that, I won’t be disappointed, as I always tend to be.

In general…  I don’t expect you’ll be hearing a lot from me.  Depending on other people to provide you validation is a sure-fire way to deny yourself validation.  I suppose the optimistic way to look at this endeavor is to say…  “I’m going to work on myself.”    I don’t feel particularly optimistic, but it may turn out to be a fringe benefit.  I don’t know; I don’t expect anything.