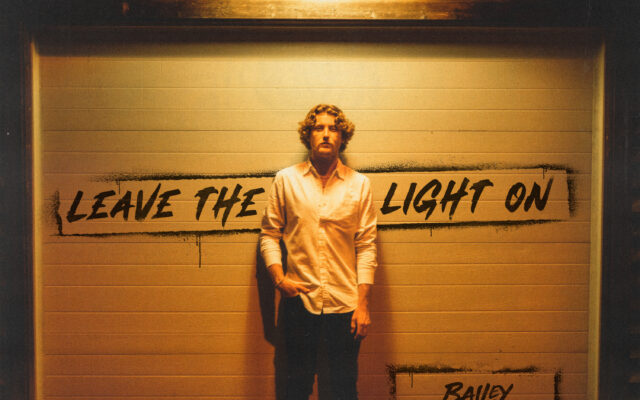 Bailey Zimmerman has made history. His very first full-length release, Leave The Light On is not only the most-streamed all-genre debut of the year but also the biggest streaming country debut of all time. The EP arrived at No. 2 on Billboard’s Top Country Albums chart and No. 9 on the all-genre Billboard 200 chart.

Zimmerman joins Zach Bryan and Luke Combs as the only country artists this year to earn more than 1 million streams on each track during street week alone. The track listing features standouts like “Trainwreck,” co-written with Morgan Wallen and “Rock And A Hard Place,” which ranked as the highest non-Wallen country song premiere of the year upon release and reached the Top 10 of Billboard’s Hot Country Songs chart as well. The project’s lead single, “Fall In Love,” is racing towards the Top 5 at country radio and already the fastest debut song to reach the Top 10 at in five years. Propelled by more than 300 million streams to date worldwide, it is the 9th most-streamed country song of the year and currently Top 10 on Billboard’s Hot Country Songs chart and Top 20 on their all-genre Hot 100 chart.

Set to make his debut on the historic Grand Ole Opry stage November 4th, Zimmerman continues to “forge new territory for a modern country crossover” (Billboard). He has earned a constantly rising total of more than 700 million global streams to date and currently ranks Top 10 on Billboard’s Country Songwriters chart and Top 30 on their all-genre Artist 100 Chart.