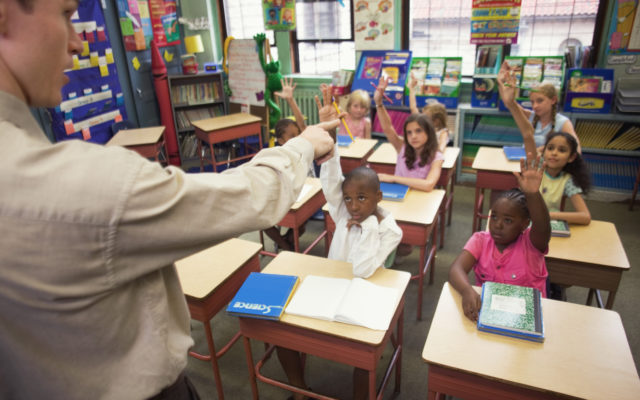 Teacher instructing class
On Wednesday, The Sapulpa Times reported that all of the Oklahoma town’s students would have to repeat the school year due to coronavirus closures. The story was an April Fools’ joke, but a whole lot of irate parents took it seriously, flooding the district with irate calls, texts and Facebook messages.

The newspaper responded by pulling the story and issuing an apology, which read, in part, “The story was meant as an innocent April Fools’ Day joke and was an attempt to draw some humor into a time where it’s sorely needed. In hindsight, publishing the story was a mistake and the joke was not funny to a lot of the anxious parents and teachers who are dealing with preparing for distance learning next week. We sincerely apologize for any grief or stress the story may have caused.”

July 26th, 2021
View full playlist
Connect With Us Listen To Us On