Every Saturday Night The Grand Ole Opry opens its doors to fans from all over, and this weekend they’re adding something special to the menu with some new Rising stars in Nashville.  Priscilla Block, Parker McCollum, Niko Moon, Lainey Wilson, Travis Denning, and more are set to perform a special Live stream event on Twitch  Called Opry LIve Next Stage. The Show takes place this Sunday at 5pm on Twitch.tv and Opry_Official 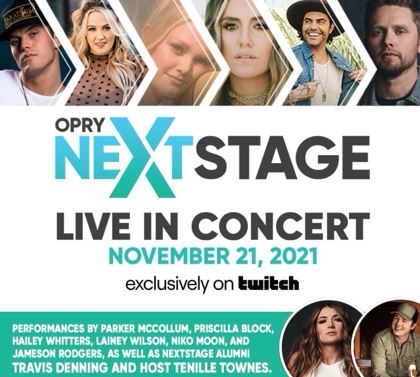