PORTLAND, Ore. (AP) – The Oregon Liquor Control Commission has approved a six-month ban on the sale of flavored vape products amid an outbreak of illnesses that has sickened more than 1,000 people nationwide – and killed two in Oregon. 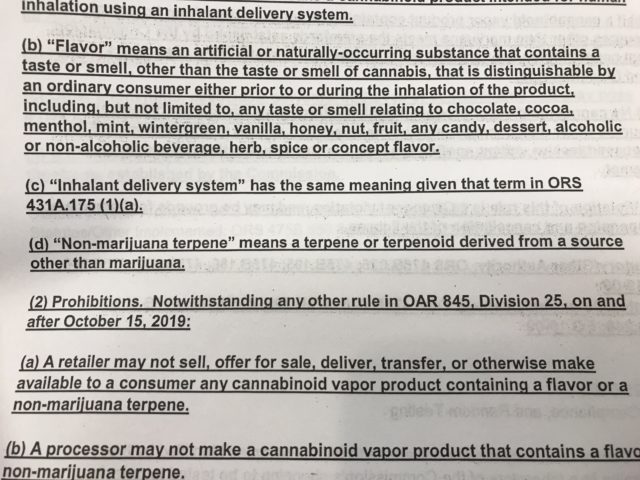 The board made the unanimous decision Friday before a room packed with marijuana processors, distillers and other business interests, some of whom criticized the action as overly broad and reactive.

The Oregon Health Authority had asked Brown for broader six-month ban on sale and display of all vaping products, including tobacco, nicotine and cannabis. The agency also urged Oregonians to stop using all vaping products until federal and state officials have determined the cause of the illnesses.