Portland, Ore. -A beloved Portland DJ and Radio Teacher is breaking his silence for the first time about his stage four cancer diagnosis.
One of his former radio students, KXL reporter Jacob Dean has the update.

You’ve heard Steve Pringle rock the blues on stations like KMHD, KINK, KGON, and at the Waterfront Bluesfest for years. Tuesday afternoon he opened up about his health on Facebook for the first time. He’s been diagnosed with a very rare type of cancer: Solitary Fibrous Sarcoma. We writes it’s stage four, it’s terminal, there’s no treatment, no cure. It’s attacking his entire body, the back, pelvis, liver, and lungs. The news is rocking those close to him. Like his former Mt. Hood Community College student Jeremy Chamberlin. Chamberlin says Pringle was always a cold dude and would never feed his students B.S. If something sucked, he told you, and the kids always respected that.

Tickets are selling fast for the Blues Mania benefit concert happening next month for Pringle. Proceeds will go towards his medical bills. 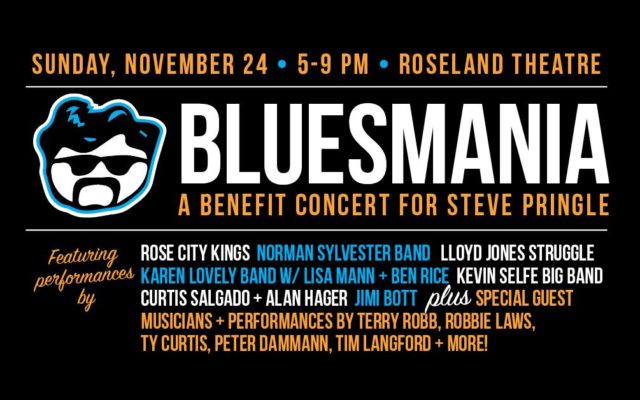 There’s also a new Go Fund Me Page setup to help with Pringle’s medical costs, for those who can’t make it to the concert.