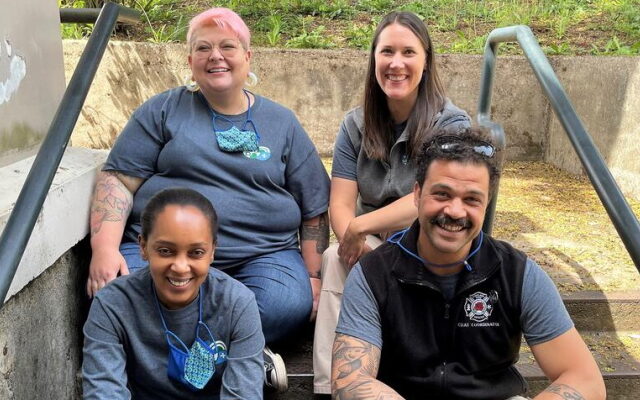 This.  This is what I wanted to do when I first lost my job.  These are some real heroes right here.

The Portland Street Response team is a group of folks who will respond to 911 calls about people who need help, but don’t necessarily need an armed police response.  A lot of times, these people are experiencing houselessness, or are suffering from mental health issues.  In short, this is exactly the answer to so many problems this city is facing.  This is a group of people who are designated to help folks who can’t climb out of their hole by themselves, but aren’t bringing the weight of the badge into it.

Let’s tackle some of the negative questions:

Yeah, but who are these “heroes” going to call when they’re in danger?  They’re going to call the police.  Just like you or I would.  They are not armed.  They’re running into these situations with a big heart and a bag of gauze.  If it gets beyond their control, then they call the other heroes.

One team can’t respond to all that’s needed.  No, of course, they can’t.  But they can respond to some, right?  Why do we think an entire solution is available or even warranted right off the bat?  This is a very affordable pilot program with potential to expand.

Somebody is going to get themselves killed on this team.  Yeah.  Maybe.  But it’s the same danger that police face every day, and we shouldn’t be shading these people; we should be supporting them.  If a person is having a crisis on a street corner and clearly needs a little help…  is a licensed mental health professional the right person to respond?  Or a cop?

Here’s my point…  these people are brave.  They’re trying to help, they’re doing it unarmed, and they’re doing it in a city where anything “government-sponsored” is viewed with absolute disgust.  We needn’t be like that with this team.  This could literally be the answer.  Maybe it won’t be, but damn…  let’s give it a shot.

My hat’s off to them.  It’s exactly the kind of job I pictured myself having when I was career-hunting last year.  I didn’t have the guts to seek it out; these people did.  Respect.