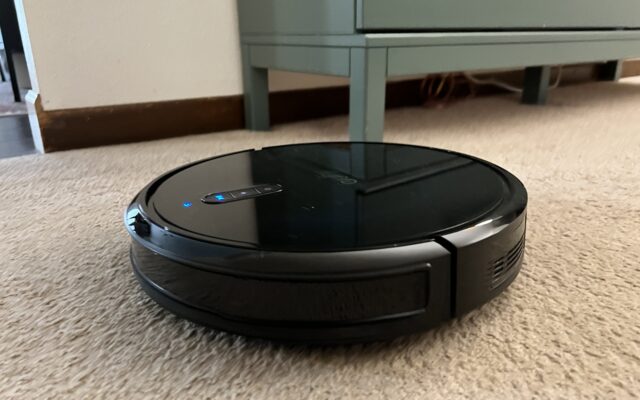 I bought a Roomba many years ago when the technology was new, and it was pretty novel and cool.  It would zip around, kinda at random, bumping into stuff, but it would eventually get things…  mostly clean.  It was more a novelty back then, and the first time it nailed a pile of cat vomit, the party was kinda over.  It was never same again.

Now, fast forward to today.  My current robot vacuum cost me less than a third as much, and it…  is…  dope.  First off, they ain’t just running around randomly anymore.  This little dude keeps track of where he’s been and what’s around him, and can pretty much finish the entire house on one battery charge.  It’s impressive.  Plus, he really sucks.  Like literally sucks.  Zerorez literally just came to the house and cleaned the carpets last week, and he’s still managing to fill up his little canister with every pass.

Plus, you can control him from an app if you drop a cheetoh or something.  And you can tell Alexa to send him cleaning, and he’ll do it.  For only $179, it’s totally worth it.