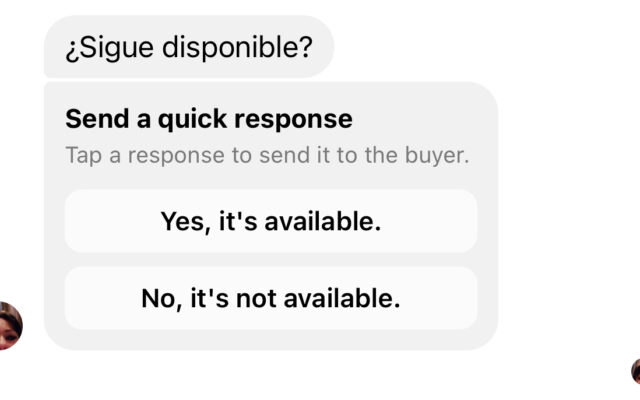 Is there anything worse than trying to sell something online?  Seriously.  It’s awful.

First off, let’s rant about Facebook Marketplace.  I know a lot of people who have great success with it.  My dear friend sold everything she owned on it and made several thousand dollars.  I guess some people have the knack, because I absolutely hate it.  It is an absolutely endless stream of “is this available?” or the Spanish version, “¿Sigue disponible?”  Like…  this is the most irritating opening line.  Why does Facebook offer this a “shortcut?”  There nobody who values this feature…  except scammers.  I am trying to sell my old, broken-down car right now on Facebook, and I have answered every one of those…  not with the generic response, but a personal response with more, unincluded information.  And it’s been up for two weeks, and I’ve had exactly one semi-serious offer, and no follow-up at all.

Like…  it’s the FIRST DAMN LINE in the ad.  I’m not selling a working vehicle, I’m selling a parts car.  Or a project.  Why don’t you read?  Ugh.

Secondly…  I don’t want to talk to you.  I have lower-than-average business skills, which means I need to conduct business through text so I can conduct myself properly.  I need time to think about my response and formulate it.  I can’t be on the phone, because I’ll give away the farm.  Lots of people have different reasons for not wanting to talk on the phone, but that’s mine.  I don’t want to get taken advantage of, and 100%, I will.  What this means is, I would sooner let the car rot to a rusty pile in my driveway than negotiate with you on the phone.  So don’t give me your phone number and tell me to call you.  I won’t do it.

I’m about 2 days from hauling this thing to Pick ‘N’ Pull.  Which will cost me more than it’ll make me, but I’m done with this stupid hassle.

Unless somebody wants to save me?  Anybody want a project 2006 HHR that’s in good shape except for the engine?  I’ll let it go for next to nothing.  Because I’m done with this process.

Tuesday, August 9th, 2022
Connect With Us Listen To Us On