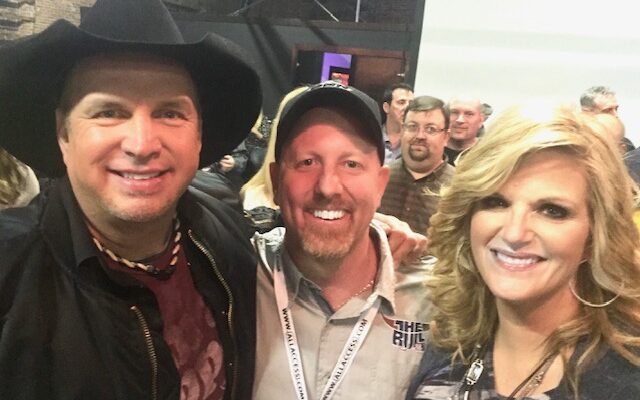 Over the past 30 years in Radio I have been lucky enough to see and hang with some amazing people including one of the greatest guys in country music Garth Brooks. 2020 was a year that I and so many others will never forget! our kids will tell their kids, that the covid 19 pandemic stopped the world and everything else including the Kennedy Center Honors in DC.

Now that the world is slowly returning to normal we received the big news Garth brooks is finally getting his chance to represent country music in DC.  Garth is in an exclusive class this year and is one of five honorees, joining actress-choreographer Debbie Allen, folk singer Joan Baez, violinist Midori, and beloved acting legend Dick Van Dyke.

If you have never seen the event it’s an hour-long celebration and provides recognition to living individuals who throughout their lifetimes have made significant contributions to American culture through the performing arts. The primary criterion is excellence, and artistic achievement in dance, music, theater, opera, motion pictures, and television is considered.