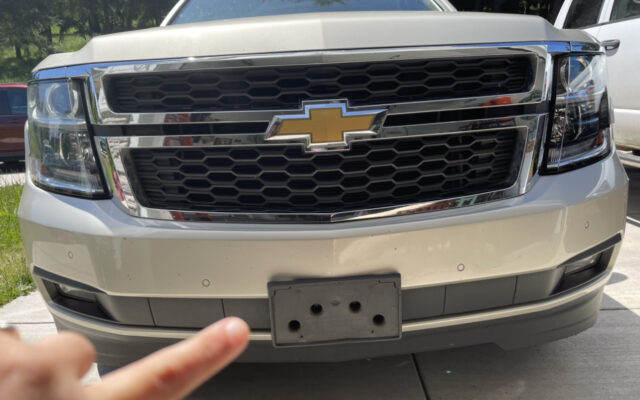 First off – Who does that?!

Second off – Yes, I’ve reported it stolen to the police and waited an hour on the phone to talk to the DMV.

Third off – Jokes on you. I could never remember the order of the four letters on my license plate so this now gives me the opportunity to pick something I CAN remember.

I don’t know if you’ve ever had your license plate stolen but for reals… It’s the biggest inconvenience. Wanna know the long list of tasks one has to do after this happens?

And guess who does all this? THE PERSON WHO DIDN’T DO ANYTHING. I could have breathed fire yesterday, y’all. And on top of all this guess who also pays for it? ME. Yuppers… the person who is completely innocent. What a crock, right?!

Interesting fact though that the awesome folks from the Salem Police Department told me… Apparently when you report your license plate stolen you have to remove the other plate so you are not mistaken as the stolen vehicle. If I still had one of the plates on and I got pulled over, I would be considered a ‘high priority stop’ and this usually involves guns drawn. I can only imagine y’all – Bridger and Emmy and I in the car and we get surrounded lol

I did what they said – removed the other license plate!

One more small rant. My husband and I got our OSU plates at the same time so our plates are (well, were) sequential. I know – small beans but just one more reason this sucks.

So, if you happen to see a care driving around that has only ONE Oregon State University license plate – it could be mine.  Now… to decide what I want to order next. Custom or another OSU plate.