Portland, Ore. – A freshman at the University of Portland is missing. Owen Klinger was last seen leaving Christie Hall on the university campus Sunday night around 7:30pm. Friends and family say it’s very unlike him to disappear like this. He’s a Portland native. 6-foot-1, 165 pounds, with shoulder-length brown hair. He was last seen wearing a light blue hoodie and jeans. If you’ve seen Klinger or know of his whereabouts call Portland Police. Klinger is a former student of Grant High School. 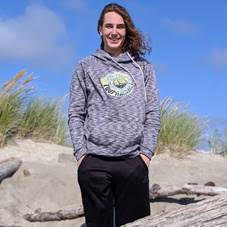 University of Portland sent out this release:

A first-year University of Portland student has been reported missing by his schoolmates and family.  Owen Klinger, an 18-year-old male and a Portland native, was last seen leaving Christie Hall on the UP campus at approximately 7:30 p.m. on Sunday, October 6.  Any individuals with pertinent information should contact UP Public Safety at (503) 943-7161.

Owen is described as follows:

The following is an official statement from the University:

“We share in the concern of Owen’s family, roommates and friends in seeking knowledge of his whereabouts.  For Owen to go more than 24 hours without any contact with those who know him is unusual.  Anyone who may have seen or had contact with Owen since Sunday night is urged to call University of Portland Public Safety at (503) 943-7161; or the Portland Police Bureau (503) 823-3333.  With the community’s help, we hope and pray for Owen’s safe return.”