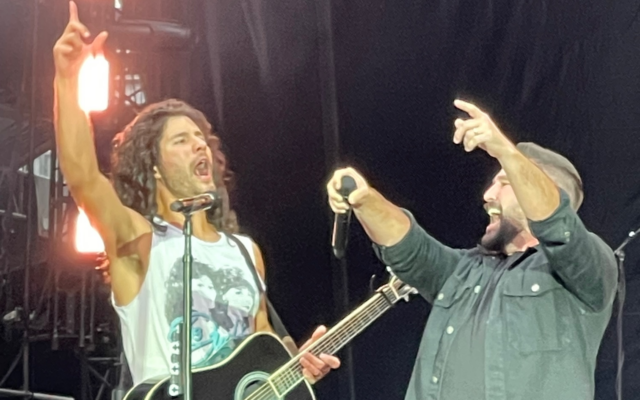 Big News over the weekend that Shay Mooney  of Dan And Shay and his wife Hannah Billingsley Mooney are expecting their third child and it’s a BOY!

The couple shared the baby news on Friday (Aug. 12) with a sweet video showcasing their sons’ reactions to the news. Their son Asher, 5, appear to be very upset that he wasn’t going to get a sister this time around but he handled the news well.

The clip goes on to show Hannah telling Ames, 2, the news. He was more receptive. Ames also predicted it was a baby sister, but he was excited to hear the news as he sweetly touched his mom’s belly to say hello to his baby brother.

After meeting through social media, Shay and Hannah immediately connected and began dating. Shay proposed on August 9, 2016, and during their wedding planning, the couple learned they were expecting their first child, Asher James.