Caught On Camera: Couple Steals Truck, Man Injured As He Tries To Stop Them 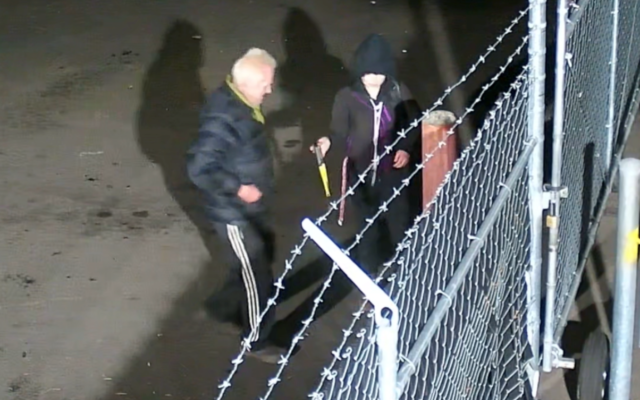 In surveillance video released Friday, you see the couple approach the gates and try unsuccessfully to cut the locks.

The woman then rolls under the fence to get inside.

The next thing you see is an employee arriving at the gates for work. The woman then shows up in the stolen truck.

She then drives through the gates and the employee’s truck.

The employee was injured in the incident. He’s expected to be OK.

Police are asking for help finding the couple.

On Wednesday, February 12, 2020, at 2:38 a.m., North Precinct Officers responded to a call at 8510 North Kerby Avenue regarding a subject who broke through a gate at a business. Updated information provided to dispatch was that an employee was run over.

Officers arrived and provided medical assistance to the victim. The victim, an adult male, was transported to an area hospital with significant, but non-life threatening injuries.

Assault Detectives are releasing photographs and video footage of the involved persons and vehicles and ask for the public’s help in identifying those involved. (PHOTOS)

If anyone has information about the current location of the involved vehicles, call 9-1-1 and reference case 20-48998.