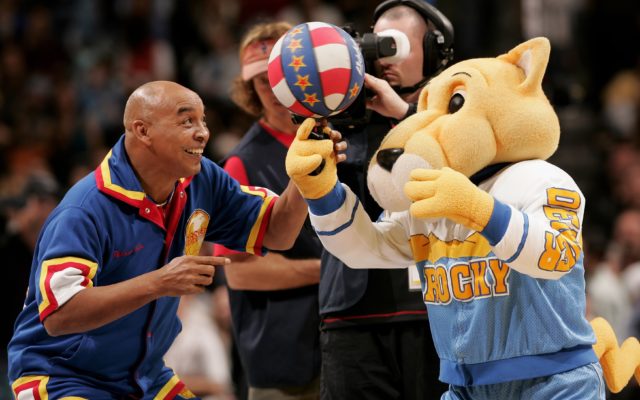 DENVER - DECEMBER 08: Legendary Harlem Globetrotter Curly Neal helps Denver Nuggets mascot Rocky spin a basketball during a game against the Miami Heat on December 8, 2006 at the Pepsi Center in Denver, Colorado. NOTE TO USER: User expressly acknowledges and agrees that, by downloading and or using this photograph, user is consenting to the term and conditions of the Getty Images License Agreement. (Photo by Doug Pensinger/Getty Images)

Harlem Globetrotters legend Fred “Curly” Neal passed away Thursday morning at his home outside of Houston, Texas, ESPN reports. Known for his slick dribbling skills and bald head, the ironically nicknamed Neal played in more than 6,000 games in 97 countries for the clown princes of basketball from 1963 to 1985, and in 2008 became just the fifth Globetrotter to have his jersey retired, joining Wilt Chamberlain, Marques Haynes, Meadowlark Lemon, and Goose Tatum.

#1 For New Country
CONNECT WITH US LISTEN TO US ON