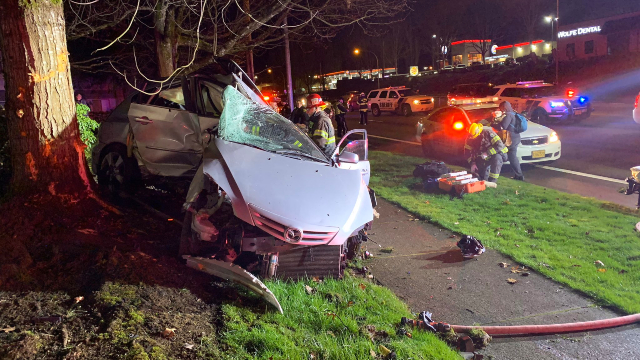 Bull Nation as we get set and ready to celebrate the Fourth of July,  lots of people will be celebrating America’s Independence in a number of ways, and with the celebrations come alcohol.

However, people should think first before getting behind the wheel after having drinks with friends and family.

Unfortunately this time of year, the number of car accidents goes up. In fact, according to autoinsurance.org, the Fourth of July is the third deadliest holiday to drive.

Drinking and driving will not just hurt you, it could also injure others and you can face serious consequences if you’re caught.

“Drinking and driving, you guys could get pulled over by any of the law enforcement that are out there. You could be cited with DUI, reckless driving, depending on if your vehicle is moving or not,” said Mahoney.

According to the National Highway Traffic Safety Administration, from 2016 to 2020, nearly 1,400 drivers were killed in crashes over the Fourth of July holiday and 41% of those drivers killed were drunk.

Driving while impaired is a serious offense and can be punished by getting your driver’s license suspended or jail time. The most important thing to remember is to be safe.

“If you’re gonna drink this Fourth of July, Jake and I just want you guys to be safe about it. Plan a ride ahead of time from Uber or Lyft ar designate a DD this year please. Be safe we love having ya as part of the family