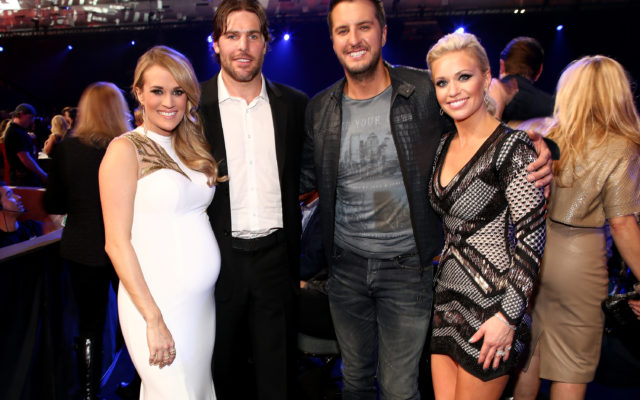 Luke Bryan has let it be known that he’s all in favor of Carrie Underwood winning the CMA Entertainer of the Year award.

Last week, the “One Margarita” singer told PopCulture.com, “If we go for a long period of time and Carrie Underwood never wins a CMA Entertainer of the Year, that’s quite disturbing for me because she’s done everything you can do to win it in my opinion.” He added, “That goes for Eric Church [as well].”

Bryan’s comments came just days after perennial EOTY winner Garth Brooks announced he’d be removing himself from future consideration for the award, telling fans on Facebook Live, “We’ve been lucky enough to carry that [award] home a number of times, and feel like it’s somebody else’s turn.”

Among those who had supported Brooks staying in the running was Blake Shelton, who tweeted after Brooks’ announcement, “There is no one as big as Garth… This is really a shame!” Brooks famously beat out both Underwood and Church for EOTY at the 2019 CMAs, when Underwood not only co-hosted the event, but was considered the frontrunner to finally win the award.

June 14th, 2021
View full playlist
Connect With Us Listen To Us On