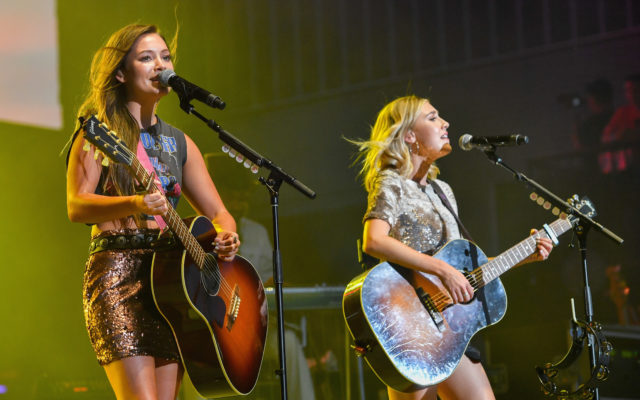 Country duo Maddie and Tae announced that they will be releasing their sophomore album The Way It Feels on April 10, Taste of Country reports. The follow up to 2015’s Start Here will feature 15 songs, two of which appeared on the Everywhere I’m Goin’ EP they dropped last October. “It has been four years since we’ve released an album,” Maddie Marlow says in a statement. “For us, this is a lot more than just an album release. This sophomore album will always be a reminder that no matter the setbacks and struggles, we will come out stronger and better. We are so proud of this 15-song story. We wrote these songs during the most vulnerable times and our hope is that people hear that and connect.”

The two co-wrote 14 of the album’s tracks, which also features a duet with Dierks Bentley. Maddie and Tae will support the album with their headlining Tourist in This Town Tour this year.

Here’s the full tracklist for The Way It Feels: