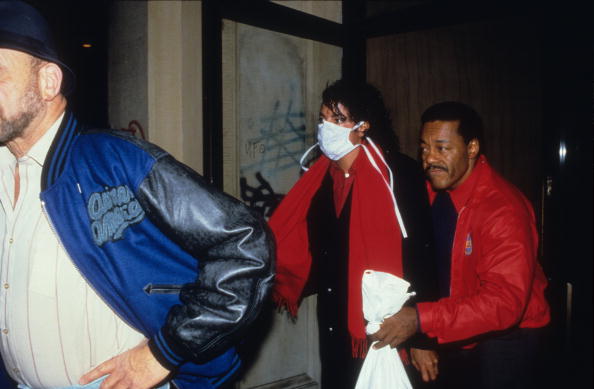 CIRCA 1990: Pop Star Michael Jackson gets ushered in to a building wearing a surgical mask in circa 1990. (Photo by Michael Ochs Archives/Getty Images)

Now that we’re all in quarantine looking back at Michael Jackson with a facemask doesn’t seem so strange now.  The former bodyguard to the “King of Pop” says that Jackson always knew that a pandemic could break out at any moment. Matt Fiddes confirmed that although Jackson was mocked for wearing a mask, he wore it to keep his voice strong and healthy.

“He would go through four countries in one day sometimes and he was on aeroplanes with people all the time,” said Fiddes, who was embarrassed at times being pictured with the star while he wore the mask.  Fiddes says Micheal would tell him, “Matt I can’t get ill, I can’t let my fans down. I’ve got concerts coming up. I’m on this earth for a reason. I mustn’t damage my voice, I’ve got to stay healthy.” Now that we’re dealing with the Coronavirus do you think Jackson’s concern was an overreaction?