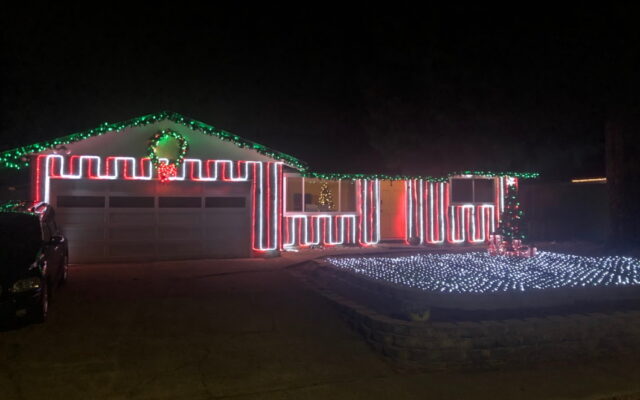 I like Christmas lights.  It’s one of my favorite things during the holidays to drive down the road and see a glow off in the distance, and know that I’m about to be in for a treat.  I love neighborhoods that go all out.  It’s one of my fantasies after winning the lottery to transform my neighborhood into a Winter Wonderland.

And I recognize that unprotected property sitting in your front yard is often asking for trouble.  You simply shouldn’t leave your bike out lying in the driveway, no matter how safe a neighborhood you live in.  But…  Christmas lights should be above that, right?  Christmas decorations, for lack of a better word, are sacred, aren’t they?

Apparently not in Salem.  There are a group of kids who have hit a number of houses in Salem and wrecked their decorations, and in some cases stealing them.  Here’s some video that was captured:

And this bugs me more than other acts of vandalism.  I’m no fan of graffiti, but I kinda get it.  I see what the value is.  It’s artistic, and it’s expression, and it can mark your turf, blah, blah, blah.  I don’t condone it, and I wish people would stop with it, but I at least understand it.  But this?  Wrecking Christmas Lights?  That’s just sinister.  It’s evil.  And I don’t understand the impetus.  I know they’re just kids, and kids defy logic sometimes, but they’re also humans with feelings.

I have to believe that.