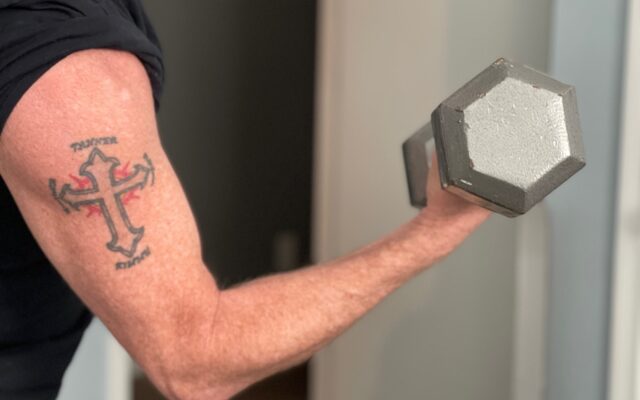 As some of us work from home these days, it’s easy to sit around on the desktop all day then make your way to the couch after a hard day at the Home Office.

You say you have no time for exercise? OK No problem! A new study finds lifting weights for as little as three seconds a day can still have a positive impact on your muscle strength in the long run. Researchers in Australia and Japan found that performing a single bicep curl at maximum effort can lead to a 10-percent increase in muscle strength in just one month.

A team from Edith Cowan University and Niigata University of Health and Welfare studied 39 healthy college students who performed one muscle contraction at max effort for three seconds a day, for five days a week over four weeks. These students did their curls in one of three different ways, performing an isometric, concentric, or eccentric bicep curl during the experiment.

However, there’s one more phase of the curl, the eccentric contraction. This is when the muscle is lengthening as you lower the arm holding a dumbbell away from the chest.